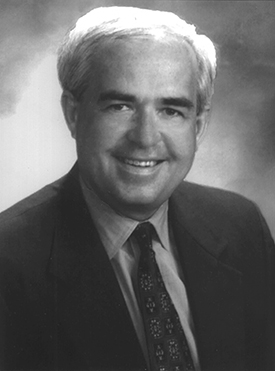 ROGERS, Ark. – A former president of Northeast Community College has died. Dr. James Underwood, of Garfield, Ark., passed away on Jan. 4. He was 78.

Underwood served as president of Northeast Community College from 1995-2000. His higher education career consisted of 45 years as a community college educator with the last 20 years as a college president. He served for 14 years as the chief financial officer at Central Community College in Grand Island, eight years as the chief financial officer at the University of Arkansas - Ft. Smith, three years as the chief financial officer/chief academic officer at Richland Community College in Decatur, Ill; six years as president of Northeast Community College, and 14 years as president of Kaskaskia College in Centralia, Ill.
Throughout his career he taught leadership courses and created a leadership institute. Over the years he served in many community leadership roles and received honors from community and educational organizations.
Underwood was born in Fresno, Calif., where his father was stationed in the U.S. Army during World War II. The family later moved to southwest Iowa where Underwood graduated from South Page High School near Clarinda. He earned a diploma from GI School of Business; an associate degree from Platte Junior College in Columbus (a predecessor institution to Central Community College), a bachelor's degree from the University of Nebraska - Kearney; a Master’s degree in Business Administration and his doctorate from the University of Arkansas - Fayetteville.
Underwood was a retired Lieutenant Colonel, U.S. Army, Infantry, with active and reserve service and a Vietnam veteran.
He is survived by his wife Roxie of 58 years, a daughter, Randa and son-in-law Rowland Vernon, grandchildren Reis and Raegan, of Broken Arrow, Okla.; and son, Jess and daughter-in-law Christy Underwood, grandchildren Jordon and Javis of Oshkosh, Neb., brother-in-law Wayne Porter of Grand Island; and brothers and sisters, Larry, Molly, Becky, Connie, Terry, and Debby.
Services for Dr. James Underwood were held Tue., Jan. 10, in the chapel of Benton County Funeral Home in Rogers, Ark. Interment with full military honors followed at Fayetteville National Cemetery in Fayetteville, Ark. Memorials may be made to the Veterans Tribute at Kaskaskia College or FUMC in Rogers.
--###--