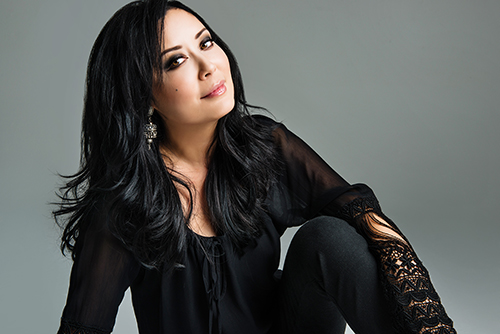 NORFOLK, Neb. – A nationally known bestselling author will be featured during the final Visiting Writers Series event of the spring semester at Northeast Community College. Tosca Lee will read from her work during a presentation on Wed., April 27, at 4 p.m. in Union Coffee Shop in Union 73 on the Norfolk campus.
Lee is a Nebraska-based author of eleven novels including The Line Between, A Single Light, The Progeny, The Legend of Sheba, and Iscariot. She is the recipient of multiple awards including two International Book Awards, Killer Nashville’s Silver Falchion, ECPA Book of the Year in Fiction, and Nebraska Book Award honors. Her work has been recognized as finalists for the High Plains Book Award, the Library of Virginia Reader’s Choice Award, the Christy Award, and a second ECPA Book of the Year. The Line Between was a Goodreads Choice Awards semifinalist for Best Mystery/Thriller of 2019.
In addition to the New York Times, Lee’s books have appeared on the IndieBound and inspirational bestseller lists, Library Journal’s Best of Lists, and as part of Target Stores’ “Target Recommends” program.
She is best known for her nuanced prose, unexpected points of view, meticulous research, and high-octane thrills. Called the “queen of psychological twists,” and “in a league of her own,” Lee’s work has been praised by Publisher’s Weekly, The Historical Novel Society, Kirkus, Booklist, Woman’s World, Romantic Times, BookReporter, BookRiot, The Dallas Morning News, and The Midwest Book Review as “deeply human…” “powerful…” and “mind-bending.”
She can currently be heard on American Airlines’ in-flight entertainment system on the Beautiful Writers podcast alongside writing luminaries Lee Child, Elizabeth Gilbert, and Dean Koontz. Lee’s work has been translated into seventeen languages and optioned for television and film.
A sought-after speaker, Lee has been teaching professionally for approximately 30 years. Before leaving her position as a senior consultant with the Gallup Organization in 2010 to meet the demands of her growing writing career, she traveled the world teaching strengths-based management to Fortune 500 companies.
Lee received her Bachelor of Arts in English and International Relations from Smith College with special studies at Oxford University. A former first runner-up to Mrs. United States, Lee lives with her husband, Bryan, and two of four children still at home.
Her appearance is sponsored by the Northeast Community College English Department through its Visiting Writers Series. All events are free and open to the public.
For further information, contact Bonnie Johnson-Bartee, coordinator at bonnie@northeast.edu or call (402) 844-7673.
--###--