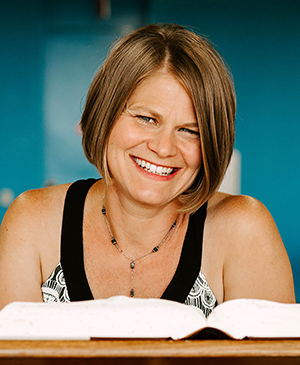 NORFOLK, Neb. – The author of seven books of poetry will be featured during the next Visiting Writers Series event of the spring semester at Northeast Community College. Christine Stewart-Nuñez will read from her work during a presentation on Wed., April 13, at 4 p.m. in Union Coffee Shop in Union 73 on the Norfolk campus.

Stewart-Nuñez, who served as South Dakota poet laureate from 2019-2021, has authored several award-winning essays and co-edited two books that feature both literary and scholarly contributions on their subject matter: Scholars and Poets Talk About Queens and Action, Influence, Voice: Contemporary South Dakota Women. In 2019, the South Dakota Council of Teachers of English named her author of the year.

She served on the board of directors for the South Dakota State Poetry Society from 2012-2018 and edited its poetry magazine, Pasque Petals, from 2014-2018. In the fall of 2020, she released South Dakota in Poems, an anthology of contemporary poems by South Dakotans. Her most recent work, The Poet & The Architect, Untrussed and Bluewords Greening, was the winner of the 2018 Whirling Prize.

Stewart-Nuñez is the founder of the Women Poets Collective, a regional group focused on advancing their writing through peer critique and support.

In August 2021, Stewart-Nuñez and her family moved to Winnipeg where she and her husband, Brian Rex, took up professorships at the University of Manitoba.

Her appearance is sponsored by the Northeast Community College English Department through its Visiting Writers Series. All events are free and open to the public.