Livestock judging team competes in contests in Kansas and Nebraska 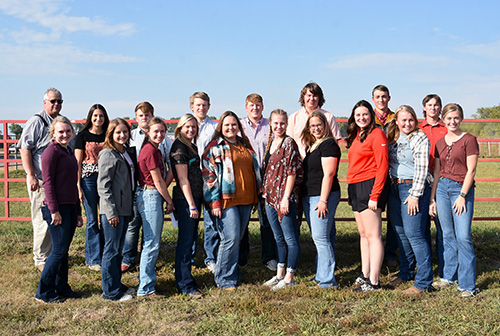 “Dylan had a very good day for her first collegiate contest,” said Mike Roeber, livestock judging coach. “Most of our contests early in the season split the freshmen and sophomores into separate divisions, but since this was a small contest, all of the junior college contestants were in the same division. Being a freshmen, Dylan has less experience at the collegiate level, but her skill set served her well that day. Most of the contestants who ranked above her were sophomores.”

There were 57 contestants in the contest.

At the Aksarben Stock Show in Grand Island, Evan Niemeier, Elwood, placed 11th in goat judging. There were 116 contestants in each of the freshmen and sophomore junior college divisions.

“Evan had a good day judging and talking the classes in the goat division on Sunday against some very tough competition,” Roeber said. “While he struggled some in the other species, his ranking in this division proves he has the capability of competing at the collegiate level.”