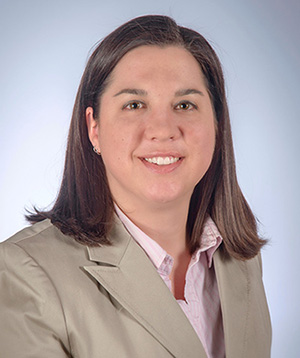 LINCOLN, Neb. - The Nebraska Community College Association (NCCA) Board of Directors has announced the appointment of Courtney Wittstruck, Esq. as executive director. Wittstruck will succeed Greg Adams, who is set to retire on Dec. 31, following five years of service.

Wittstruck most recently served as plant manager for Continental Tire and Rubber’s industrial belt plant in Lincoln, a position she held since 2017. As site manager, she was responsible for more than 400 employees and oversaw all plant activities. Prior to joining Continental, Wittstruck served as the production manager, and later the operational excellence (lean manufacturing) manager, for Eaton Corporation’s vehicle division plant in Kearney.

“I am delighted to join the NCCA as its new executive director. I am very passionate about the mission of community colleges and the vital role they play in the communities they serve,” Wittstruck said. “By making a quality education both accessible to, and affordable for, residents across Nebraska, community colleges leave a meaningful and lasting impact on our state – especially when it comes to creating jobs and attracting economic development. I also want to thank retiring executive director Greg Adams for the solid foundation he has laid, and look forward to leading the NCCA into its next exciting chapter.”

A graduate of Charleston (S.C.) School of Law, Wittstruck served as corporate legal counsel and compliance for the vans division of Mercedes-Benz from 2012 to 2015. She was also employed by the Robert Bosch Corporation, both domestically and abroad, and Expeditors International.

A Nebraska native, Wittstruck grew up on a farm outside of Lincoln and is the fifth generation of her family to be born in the state; her ancestors having homesteaded in 1865. She had an outstanding basketball career at Lincoln Southeast High School, winning multiple state championships and was named Gatorade Nebraska Player of the Year her senior year. In 2019, she was inducted into the Knights’ Hall of Fame.

After high school, Wittstruck attended Clemson University in South Carolina on a full basketball scholarship and graduated with a degree in international business and German. She went on to graduate with a master of business administration from The Citadel before earning her law degree. She also studied at Friedrich-Alexander-Universität in Nürnberg, Germany, and Fachhockschule (University of Applied Sciences) in Mainz, Germany.

Proficient in the German language, Wittstruck is a member of the Missouri State Bar Association and U.S. Court of Appeals for the 8th Circuit, as well as being certified by the Human Resource Certification Institute as a Senior Professional in Human Resources.

Steve Anderson, chair of the NCCA board and chair of the Northeast Community College Board of Governors, said the association board is pleased to have Wittstruck as its new executive director.

“Courtney brings a strong passion for community college education and workforce development into her new role. Her work in industry in Nebraska the last few years, her national perspective of economic development and her global experience in Germany, bring a broad perspective to the position and will help move the community college system in Nebraska forward in the coming years,” he said. “We look forward to her continuing relationships with our state legislators and maintaining and developing relationships at the national level as community colleges are afforded new opportunities.”