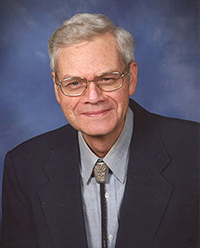 NORFOLK, Neb. - A multi-million-dollar gift from the estate of a Norfolk area farmer will benefit agriculture education at Northeast Community College far into the future.

Norman Ochsner, who died in May 2018, bequeathed approximately $2.4 million to Northeast, according to Dr. Tracy Kruse, associate vice president of development and external affairs and executive director of the Northeast Foundation. Several other charities also received gifts from the Ochsner estate plan, including the Norfolk Rescue Mission and Norfolk Salvation Army, amongst others.

Ochsner was born in Elgin, IL in 1942, and moved to Nebraska with his parents in 1954. He graduated from Norfolk Senior High School in 1960 and from the University of Nebraska in 1964. Ochsner worked in California for a while before moving back to Norfolk where he worked as a draftsman at Nucor. He was then needed to help on the family farm and worked with his parents. Ochsner farmed for the remainder of his life.

Over the years, Ochsner was active in several community organizations, including the Norfolk Community Theater, the Norfolk Arts Center and the Norfalcon Radio control airplane club. He was a member of First United Methodist Church for over 60 years.

“Mr. Ochsner wanted to make sure his legacy would support students into perpetuity,” Kruse said. “His will specifies that Northeast hold the gift in two endowments. One endowment will provide scholarships for agriculture students. The other is to be used for construction and maintenance of the College’s new ag facilities being planned as part of the Nexus project.”

Those scholarships will help attract additional ag students to Northeast, which already grants the most two-year degrees in agriculture in Nebraska and the eighth most in the nation.

“Coupled with the new facilities now under construction as part of the Nexus project,” Kruse said, “Northeast will become the ag education destination of choice for hundreds of future farmers, ranchers and agribusiness employees.”

Site work on the new facilities began in April and construction is expected to be completed by Fall 2021. The initial phase of construction includes a new veterinary technology clinic and classrooms, a new farm site with a large animal handling facility and other farm structures for livestock operations, a farm office and storage. The new facilities will be located near the Chuck M. Pohlman Agriculture Complex on E. Benjamin Ave. in Norfolk.

The funding for the agriculture facilities will come from the College’s commitment of $10 million, as well as external fundraising to fill the gap. With a total project cost of $22.3 million, the College has raised enough funds to begin construction; however, fundraising for the Nexus campaign will continue, as more is needed for equipment, technology and furnishings.

In August 2019, the Acklie Charitable Foundation (ACF) announced a $5 million lead gift to the Nexus project. ACF was founded by the late Duane Acklie and Phyllis Acklie, both Madison County natives and graduates of Norfolk Junior College, a predecessor institution of Northeast Community College.