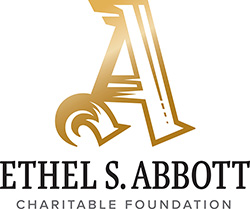 NORFOLK, Neb. - The opportunity to help ensure a strong future for rural Nebraska and Nebraska agriculture has prompted the Ethel S. Abbott Charitable Foundation to invest $100,000 in the Nexus campaign to build new agriculture facilities at Northeast Community College.

“We decided to support this project because we wanted to be a part of the future,” said Dorothy Pflug, president of the Ethel S. Abbott Charitable Foundation. “Helping students learn the latest and most effective agriculture, veterinary tech and ranching practices serves an important purpose to better our state, our country, and our world. We want to play our part.”

The Ethel S. Abbott Charitable Foundation was formed from the estate assets of the late Ethel S. Abbott, a long-time Nebraska resident who owned and operated a ranch in the Hyannis area and also lived in Omaha.

“She had so much respect for farmers and ranchers,” Pflug said of Mrs. Abbott. “We just felt like the Nexus project was a really good fit. We were very attracted to contributing to modernizing the ag facilities at Northeast Community College. We felt drawn to the idea of keeping ag students in Nebraska, training them here, to make Nebraska agriculture across the state as productive as it can be.”

“As we look to the future, we want to remember the rich heritage of agriculture in Nebraska,” said Tracy Kruse, associate vice president of development and external affairs and executive director of the Northeast Foundation. “Men and women like Ethel S. Abbott built this state, and we are honored to have her foundation as a partner in the Nexus project.”

Funding for the $23 million Agriculture & Water Center for Excellence project is currently being solicited to enhance and expand the agriculture facilities at Northeast Community College. In addition to the college’s commitment of $10 million, Northeast is seeking at least $13 million in private funds to begin the initial phase of construction, which includes a new veterinary technology clinic and classrooms, a new farm site with a large animal handling facility and other farm structures for livestock operations, a farm office and storage. The new facilities will be located near the Chuck M. Pohlman Agriculture Complex on E. Benjamin Ave. in Norfolk.

In August, the Acklie Charitable Foundation (ACF) announced a $5 million lead gift to the Nexus project. ACF was founded by the late Duane Acklie and Phyllis Acklie, both Madison County natives and graduates of Norfolk Junior College, a predecessor institution of Northeast Community College.

For more information on the Nexus Campaign, contact Kruse, at tracyk@northeast.edu, or call (402) 844-7056. Online donations may be made through agwaternexus.com Checks may also be mailed to Nexus Campaign, Northeast Community College Foundation, P.O. Box 469, Norfolk, NE 68702-0469.