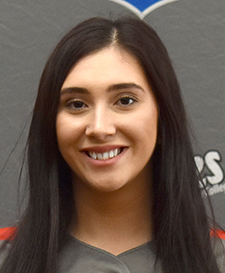 Robertson, who played first base, was named to the association’s Midwest Region First Team. She is the first Hawks’ softball team member to be recognized by the NFCA.

The awards honor softball student-athletes from the Association’s three regions with first-team recognition. NFCA member coaches from each respective region voted on the teams, and all the honorees now become eligible for selection to the 2018 NFCA NJCAA DII All-American squads.

The 2018 NFCA NJCAA DII All-America teams will be announced on June 6.