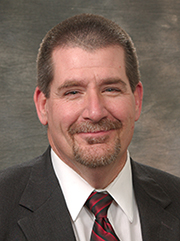 The Nebraska PSAC is a standing committee of the Nebraska Commission on Law Enforcement and Criminal Justice, commonly known as the Crime Commission. The commission establishes the standards, rules and training governing the certification of law enforcement officers in Nebraska.

The Crime Commission was established to develop comprehensive plans and coordinate activities related to the improvement of criminal justice administration among state and local agencies. Since its inception, additional statutory responsibilities have been assigned to the Crime Commission, which now serves as an umbrella agency for many criminal and juvenile justice programs.

Council members are appointed by the Governor to four year terms. The PSAC consists of seven voting members as set forth in statute. Six of the voting members are law enforcement professionals and one member is a citizen at large or a member of the Jail Standards Board.

When he was first appointed in 2011, McCarthy, of Stanton, was the first community college instructor to sit on the PSAC. He was elected council chairperson in 2016. This is his third appointment to the council.

McCarthy also is a past chair of the Community College Section of the Academy of Criminal Justice Sciences (ACJS). The AJCS is an international association established in 1963 to foster professional and scholarly activities in the field of criminal justice. ACJS promotes criminal justice education, research, and policy analysis within the discipline of criminal justice for both educators and practitioners.

The associate of arts degree in criminal justice at Northeast Community College gives students knowledge to apply their education directly on the job or to continue study toward a four-year degree. The program offers two interdisciplinary concentrations, corrections and law enforcement.