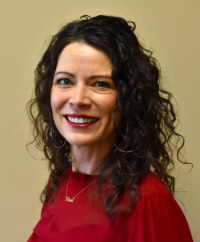 The announcement was made during a video tribute that was played during the opening session of the 10th annual conference. The video was sponsored by Farm Credit Services of America and produced by the Northeast Agriculture Department and Media Production Group.

“Shana represents what it means to be AG-ceptional in so many ways … her passion and commitment to agriculture shines through in every role she fulfills,” said Corinne Morris, dean of agriculture, math and science at Northeast Community College and conference director.

A special selection committee made up of professionals from agricultural businesses and operations is assembled each year to select the winner from a very competitive group of nominees.

Beattie was nominated by Karen Grant, of Grant Family Farms of Meadow Grove and a past Ag-Ceptional Woman recipient. Grant said she knew of Beattie’s passion for agriculture when she heard her speak to members of Nebraska’s Congressional delegation.

“Shana was very professional, but she let them know where she stood on issues. And I just adored her from that moment on. She has such a passion for life, for her family and for agriculture in general. I just felt that Shana is a wonderful ‘AG-ceptional’ woman, so I wanted to nominate her to be the AG-ceptional Woman of the year.”

Shana Beattie was born and raised in north central Florida where her family is still involved in agriculture. Her father was a rancher who raised cattle and was also in the livestock trucking business. She and her four siblings grew up in a rural area and were actively involved in 4-H and FFA. Beattie was involved in livestock judging in high school and was recognized at state, district and national competitions.

While serving as a member of the University of Florida Livestock Judging Team, she met her future husband, Bart Beattie, who was attending the University of Nebraska-Lincoln at the time while she was working during a summer internship in North Carolina.

“I still bleed orange and blue which has been interesting living in Nebraska for twenty-two years. I’m true to my roots, but I have raised a bunch of little ‘Cornhuskers,’ so I’ve done my part. However, I still root for orange and blue on Saturdays.”

Bart and Shana Beattie operate Beattie Family Farms, along with his parents Jeff and Nanette Beattie. It is a diversified operation that includes a crop rotation of corn, soybeans, and alfalfa. They also partner in a 10,000 head sow farm for a large wean to finish swine operation. Additionally, they own a commercial cow/calf ranching operation near Sumner in central Nebraska. The Beattie’s employ 15 people.

“I’m the fifth generation to be on this family farm and I’m very proud of that. I have a lot of pride in the heritage that my grandfathers started years ago,” Bart Beattie said. “We’ve had the opportunity to be here for over twenty years and it’s just been a great opportunity to get to grow our operation with Shana, who has been very involved from the beginning.”

Shana Beattie’s primary role in the operation presently involves inventory management. Previously, she has worked with cattle and assisted during harvest driving grain cars, in addition to other jobs. She also serves as a member of the board of directors of the Nebraska Pork Producers Association.

She is also actively involved in the couple’s children’s agriculture activities.

“Shana has done a really good job with our kids in fostering a passion for agriculture, a passion for the farming operation, and getting the kids involved through FFA and 4-H,” Bart Beattie said. “Having them out on the farm gives them a good foundation.”

“Shana is a ‘get-ur’ done gal. She goes forth with all that she has in any task that comes before her. She has a passion for agriculture and for her family. She has her priorities right and she is very knowledgeable and is informed in everything she does. She is most deserving of this award.”

Shana Beattie said she is fortunate to have the life she leads.

Beattie said she is passionate about her life in agriculture.

The Beatties have four children, McKenzie, a freshman at the University of Nebraska-Lincoln who is majoring in agriculture, Mattison, a freshman at SEM Schools in Sumner, Bart Jr., a seventh grader, and Preston, a fifth grader at SEM.