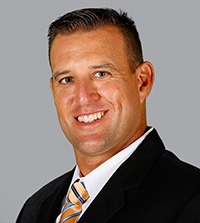 “For me, it’s how these guys are going to handle competition, handle adversity and handle success. All of the above. And just to get out and play somebody else. Put on the Northeast uniform and get after it.”

Clapp, who is originally from McCook, previously served as the University of Nebraska at Kearney (UNK)’s assistant baseball coach and as an event manager for the Loper athletic department. He was the pitching coach for the Lopers, where he cultivated a very solid pitching staff for the program, including developing a first team All-Mid America Intercollegiate Athletics Association pitcher during the 2016 season. Before his work at UNK, Clapp was the assistant baseball coach at Scottsdale Community College in Arizona for nine seasons.

“We’re obviously young, but at a junior college, you’re always young. You always have freshmen and sophomores,” Clapp said.

Bladen Bales and Brad Jarreau will serve as assistant coaches.

Clapp said that after practicing indoors, the team is ready to move outside.

“We are very fortunate to have a great indoor facility to practice in, but it’s always nice to get outside and take ground balls and hit. The team’s coming together, and they are excited and ready to play.”

Northeast opens its season on Thursday and Friday when it travels to Hesston, KS, to face Hesston College in two doubleheaders.

The Hawks’ first home game will be on Sunday, February 18, when it faces Cloud County Community College (KS) in a 1 p.m. doubleheader at Veterans Memorial Field in Norfolk.